Book in the Spotlight: The Midnight Lie 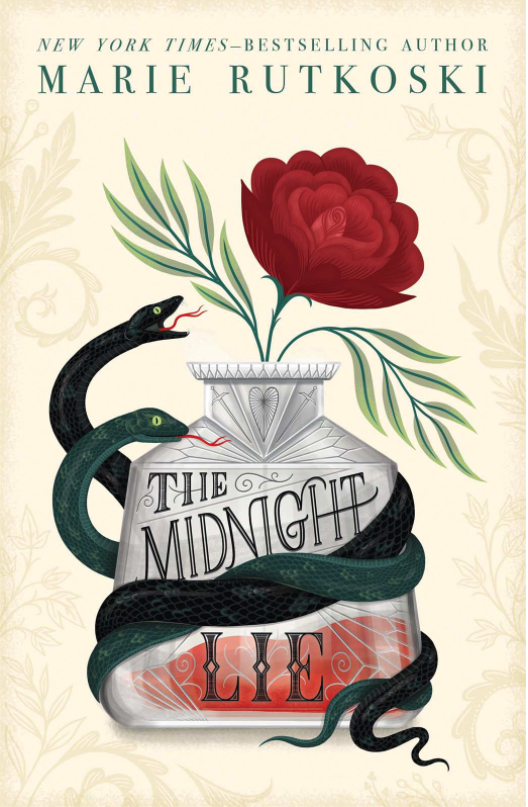 As a Half Kith, Nirram needs to stay in her lane. She’s forbidden from wearing coloured clothes, owning a mirror or decorating her home in anything but muted tones, and she definitely can’t go beyond the wall. Those luxuries belong to the High Kith, and anybody found breaking the rules must pay a tithe – maybe hair, maybe an eye or, if they’re lucky, just a few vials of blood. Nirram knows this is how things have always been, and there’s no use questioning the status quo. Nobody can remember a time before the militia ruled the Ward before a wall kept the Half Kith away from the rest of the world.

But when Nirram meets the mysterious Sid in prison, she starts to wonder if there might be something beyond the border worth exploring. Could the rumours about the High Kith possessing magic be true? And could there really be a world beyond Herrath like Sid says? Nirram knows it’s dangerous to ask questions and poke holes in what she believes to be true, but she just can’t seem to stay away from this travelling stranger, even if they’re bound to lead her somewhere she can’t come back from.

Marie Rutkoski is a beautiful writer, and I just wanted to take her glorious descriptions of the exotic Elysium bird and that strange, shimmering pink tea the High Kith love so much and frame them for my wall. There’s some delicious world-building in The Midnight Lie, and although the dystopian backdrop isn’t completely new, Rutkoski fills it with spellbinding detail and infuriating regulations that will have you itching to swoop in and save the downtrodden Half Kith from their oppression and isolation.

The Midnight Lie is set in the same world as Rutkoski’s Winners trilogy although it’s a standalone story, and it’s YA fantasy; although Nirram is 19, she is so trusting and sheltered from the world that she seems to have the soul of a scared, naive child desperate to be loved. Unfortunately, the only maternal figure she can turn to is Raven, a tempestuous, manipulative woman who gives Nirram just enough affection to keep her in line, and it’s this relationship that is perhaps the most heartbreaking tale in the novel. Nirram’s refusal to see Raven for what she really is can be hard to take at times. For some readers, this might make her a difficult protagonist to relate to. Still, it’s a powerful conflict that underscores the book’s themes of love and power. Similarly, Nirram’s dalliance with local heartthrob Aden is painful to read as we see her give in to his persistent pleas for physical affection simply because she’s scared he’ll reveal her terrible secrets if she refuses.

Nirram finally finds some form of real affection in Sid, who she meets in the next cell to hers when she’s arrested and tithed. This LGBTQ relationship is really the central story in The Midnight Lie rather than a romantic subplot, and it’s a well written, compelling affair. Sid is probably the most interesting and convincing character in the novel, full of warmth and humour despite her contradictions and weaknesses.

At times, it felt that The Midnight Lie was ambling along in no obvious direction; it was often hard to pinpoint Nirram’s story goals beyond wooing Sid, and there didn’t seem to be a clear path carved out though the story for readers to follow from beginning to end. The main fantasy/mystery element of the story ­– why are the Half Kith kept under such tight control and does anybody know what Herrath was like before the wall was built? – really gets going in the last few chapters and the big reveal comes a few pages from the end in a rather anticlimactic fashion. I would have loved this fantasy storyline to be explored much further with more time spent unravelling clues and building up to the finale; in fact, the story ends around the point I’d actually quite like it to start (but I guess that’s what the sequel is for!). Alternatively, the story could have had an even heavier emphasis on the romantic plot with more page time spent exploring Nirram and Sid’s relationship. The two threads weren’t always weaved together as successfully as they could have been, and the romance element sometimes felt as though it was fighting against the fantasy plot.

It really is a beautifully written, captivating book that explores some really important ideas about love, identity and freedom and if you can overlook the slightly unfocused plot, you’ll love this unbearably bleak but deeply magical world Rutkoski has built here.

Chad Lutzke | YA horror beta read
‘Several pennies have actually dropped’
I’ve had a look through everything and wanted to thank you so much for the forensic view of my novel. It’s the first time I’ve had a developmental edit like this completed and it has been, in turn, horrifying, enlightening, surprising and confidence boosting! But I guess you’ve probably seen that before. In many respects, several pennies have actually dropped and I have a firmer idea of what I need to do and will work on more research and reading.
Maria White | MG fantasy dev edit

Chrissy Sturt | Advanced report
‘So thorough and rich with insight’
What a treat! This is exactly what I needed. Your critique seems so thorough and rich with insight. I will be sure to send you questions if I’m unsure about anything you meant but I think you’re so thorough that I will be able to digest almost everything on my own just fine. It was an absolute pleasure to work with you as well!
Chanya Sainvilus | YA sci-fi critique