Book in the Spotlight: All the Stars and Teeth 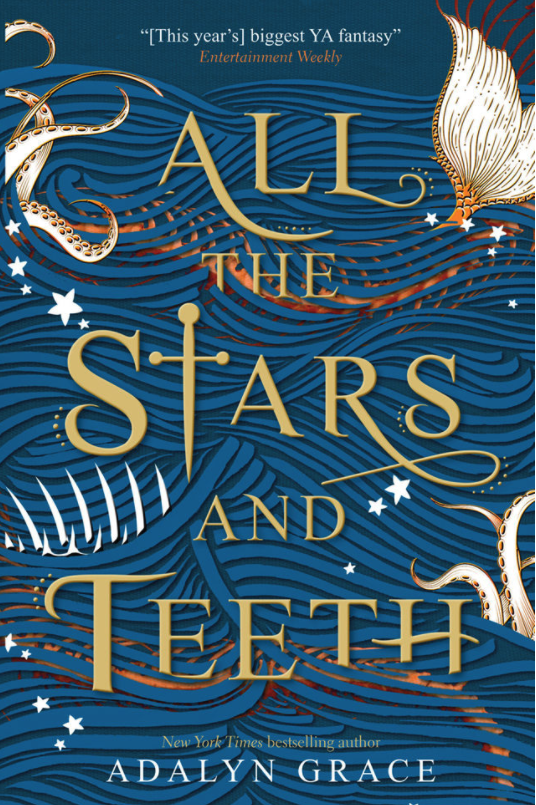 Audience: YA
Genre: Fantasy adventure
Authors should read this to study: Strong romantic subplot, fully developed supporting characters, violence and gore in YA

In the kingdom of Visidia, the air fizzes with seven types of magic and citizens may choose which they wield, though they must never practise more than one or they risk losing their souls forever. But for young Princess Amora Montara, next in line to become High Animancer, there is no choice: she must master her family’s dangerous, potent soul magic in order to prove herself worthy of the throne and protect her people from forces far darker than anybody can imagine.

When her time comes to demonstrate that soul magic to her subjects, she loses control and puts on a show so horrific that even her father, the king, can’t save her from prison. How can she protect her people from behind bars, especially when the only other heir to the throne has confessed a terrible secret to Amora that leaves the kingdom under threat? Only Bastian, a pirate with a dangerous plan of his own, can rescue Amora and help her save her kingdom, but she’ll have to help him in return. At least now her dream of sailing across the Visidian seas can become a reality, but is she prepared for what might lie beneath?

This YA fantasy is Adalyn Grace’s debut novel and it’s a stunner. All the Stars and Teeth is an exciting, impressive novel packed with adventure, heroism and romance on the high seas. It’s got everything you could want from a magical oceanic quest, from handsome pirates and enchanted ships to mysterious mermaids and mythical underwater beasts. Protagonist Amora is hugely likeable from the start – a strong, fierce female lead who craves travel and adventure but never shirks her duty to protect her people. Fans of the YA ‘heir to the throne’ trope won’t be disappointed with the thick web of royal secrets, lies and rivalry Amora finds herself drawn into.

The romance between Amora and Bastian is passionate and captivating all the way through yet it doesn’t overshadow the real story of courage, responsibility and sacrifice. Amora never lets her romantic feelings distract her from the task at hand.  Despite the novel’s sparkling magic, gorgeous prose and beautiful cast, Grace doesn’t shy away from the violent and macabre. Amora’s powers can be shocking and gruesome, adding a dark, ominous tone to the story that reflects the inter-island unrest and looming threat from across the sea. Princess or no princess, whatever her enemies throw at her – even a legendary sea monster clutching her in its jaws – Amora can throw back more. She’s a bold, independent protagonist who’s easy to root for and readers will surely be swept up in her magical quest