Book in the Spotlight: The Game Weavers

The following was originally published by the fabulous British Fantasy Society earlier this year, for whom I regularly review middle grade and YA fantasy novels. 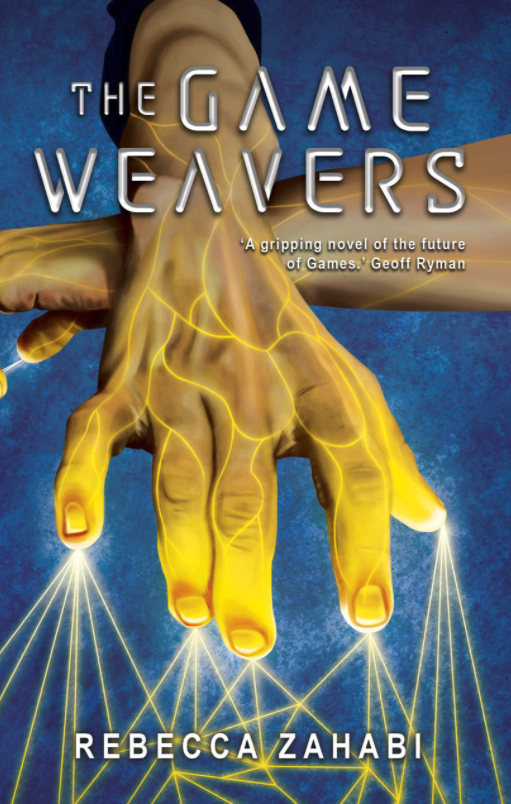 Rebecca Zahabi’s gorgeous debut YA novel, The Game Weavers, is set in a magical dystopia where conservative world leaders have fostered an intolerant, anti-LGBTQ culture. The national sport is Twine, a game that sees weavers like youth champion Seo Kuroaku spin unique creatures from their fingertips like thread, setting them against each other in battle, and Twine fans aren’t too progressive when it comes to gay rights.

So when Seo is outed after a one night stand with Jack, it could spell the end of his career for good. As he navigates his feelings for Jack and tries to keep his little brother, Minjun, safe in a world that hasn’t been kind to them, he must prepare to face Woolfe, the current Twine world champion, in the toughest, most critical match he’s ever played.

The Game Weavers is a wonderful, original story full of heart and nail-biting tension in equal measures. We follow Seo, Minjun and Jack through a trio of POVs and each character is compelling, distinctive and well-developed, particularly Minjun whose naïve, honest voice is utterly endearing. Although the story is told through three perspectives, this is really Seo and Minjun’s story; Jack’s a realistic, likeable character who throws a cat amongst the pigeons when he bursts onto the scene, but I think most readers will feel more drawn to the brothers.

There’s a really nice balance between the action in the arena and the personal lives of the three characters. Twine is a beautiful game to read as Zahabi brings fabulous life to her woven pawns and copycats with lavish detail and projected personalities, while the powerful effects of the sport on the players is felt well beyond the arena, from the twinkling afterglow of their hands to the cruel, unforgiving comments from the crowds.

Despite the tension of the Twine games and the high stakes Seo faces as he prepares for the final match, the story feels gentle and always character-driven, giving readers plenty of time to sink their teeth into the personal conflicts just as much as the literal war on the battlefield. The Game Weavers has all the essential trappings of a good YA novel from the big, heavy themes of sexuality, identity and prejudice to the flawed, sometimes selfish protagonists trying to find their way in the world, even though Seo takes on a paternal role in the story as he tries to provide for Minjun with his Twine career.

I think this beautiful, unique novel will appeal to gamers, fantasy lovers and realistic fiction fans alike. The game of Twine simmers away in the background with subtle magic, but the love story and coming-of-age elements really take centre stage, so the uninitiated fantasy reader won’t feel out of their depth.