First up in the new Origin Stories series is the lovely David Rogers, author of middle grade sci-fi adventure CHOMP! Charlie Carter and the Monster Pike. I did a developmental edit for David way back in January 2020 and had so much fun with it – how could anyone not have fun surrounded by so many fish puns? David went on to self-publish the book and really worked his butt off with marketing and getting it into stores (and check out his website – it’s a triumph!). He’s currently working on the sequel but found time to answer a few questions about the books that shaped him into the kidlit author he is today. 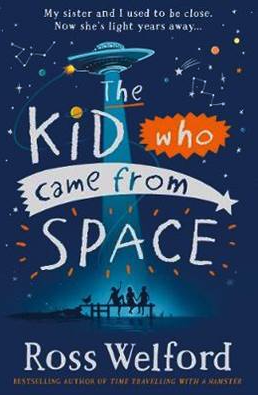 What book are you currently reading?

I bought The Kid Who Came From Space by Ross Welford on a whim, just for something to read the last time I was in an airport waiting for a plane. Seems a lonnng time ago now but it turned out to be one of those books that you just can’t put down. Due to lockdown, the last book I read was Outdoor Kitchens as we’re trying to make the best possible use of our garden!

What’s one book you’d recommend to aspiring middle grade or YA authors?

For me, The Giant Under The Snow written by John Gordon in 1968 is still a magical, gripping and sometimes terrifying book which even now my mum can’t read as it gives her the heeby-jeebies. When I first read it at ten years old (blimey – 47 years ago now!) it transported me to a world of hidden dangers and dark magic where anything could happen. Great writing, great book. Did I mention that I recently optioned it and we’re making it into a film…?

What’s the last book you loved?

One of my most treasured books is Tail End Charlie by John Wainwright that belonged to my dear old dad. It tells the harrowing true-story of a rear gunner in a Lancaster Bomber during World War Two. He survived the war, inwardly scarred and quite possibly a changed man. What he did was heroic and unimaginable today but like most of these men and women who served in the war, they hate to be called heroes.

What’s your favourite book of all time?

This is a hard one! But it’s another of my dad’s books… it’s For Valour, The Air VC’s by Chaz Bowyer. It’s a collection of true stories about various airmen who earned the Victoria Cross for gallantry in the air during wartime. One absolute hero even climbed out on the wing of a Lancaster Bomber over Nazi Germany to try and put an engine fire out. Is that the subject of my next book…? Could be! 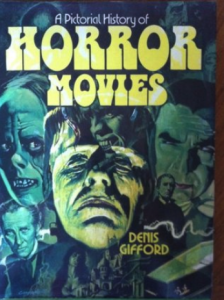 The first book you fell in love with

A Pictorial History of Horror Movies by Denis Gifford.

Anything by David Walliams whose written words sometimes leap off the page (sometimes they don’t even fit on the page!) and I realised then that’s how I wanted my books to look and to read like.

The TinTin and Asterisk range of books… wonderful storytelling and all highly visual, of course.

A book you always recommend or give people

Mine! CHOMP! Charlie Carter and the Monster Pike. Kids tell me they love reading it so I’m always very thrilled and honoured when I hear that. 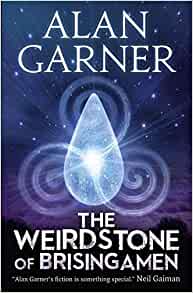 The Weirdstone of Brisingamen by Alan Garner.

A book by a favourite author

The Moon of Gomrath by Alan Garner

A book that made you want to write middle grade

The Pan Book of Horror Stories is how I fell in love with the horror genre. Goosebumps made me want to try horror stories for kids!

David Rogers works in events and film production. CHOMP! Charlie Carter and the Monster Pike is his debut novel and the first in a planned series. You can buy it from Amazon, Bookshop or Waterstones. Here’s a little bit about it:

There’s something in the water.

Something big. Something deadly.

When fishermen and swimmers start going missing on the Thames, the Police think it’s the work of a maniac serial killer. Then a newspaper THE DAILY ECHO gets wind of a monster pike on the loose and puts up a bounty of ONE MILLION POUNDS for anyone who can catch it. The papers call it ‘The English Jaws’ and a crazy monster hunt ensues.

But can the NET be closed on the Monster Pike or is something FISHY going on? Will the Newspapers ever stop CARPING on about it and why are Special Agents from the mysterious Fizz trying to MUSSEL their way in? Will Charlie Carter help them all out just for the HALIBUT or is that just a FISHcious rumour?

COD alone knows where this nightmare creature came from so will Charlie Carter have the opporTUNAty to save the day? Who will be the SOLE survivor? Any FIN is possible in this book!

All stories by: Siobhan O'Brien Holmes
Writing prompt lucky dip #2
Middle grade and YA on display! Libraries in July

Here are some lovely things my gorgeous clients have said about me. When I'm having a bad day, I like to read these and eat Cadbury's Creme Eggs.
‘I’m really impressed with your critical eye’
Wow, an excellent middle grade manuscript critique! I’m really impressed with your critical eye and what you’ve picked up on here – your comments are very astute and your feedback has been very valuable, as always. I agree with almost everything! Thanks a lot for this – I can’t wait to send you another.
John Lomas-Bullivant | MG fantasy critique

Aisling White | YA fantasy dev edit
‘Several pennies have actually dropped’
I’ve had a look through everything and wanted to thank you so much for the forensic view of my novel. It’s the first time I’ve had a developmental edit like this completed and it has been, in turn, horrifying, enlightening, surprising and confidence boosting! But I guess you’ve probably seen that before. In many respects, several pennies have actually dropped and I have a firmer idea of what I need to do and will work on more research and reading.
Maria White | MG fantasy dev edit

David Rogers | MG sci-fi dev edit
‘So thorough and rich with insight’
What a treat! This is exactly what I needed. Your critique seems so thorough and rich with insight. I will be sure to send you questions if I’m unsure about anything you meant but I think you’re so thorough that I will be able to digest almost everything on my own just fine. It was an absolute pleasure to work with you as well!
Chanya Sainvilus | YA sci-fi critique