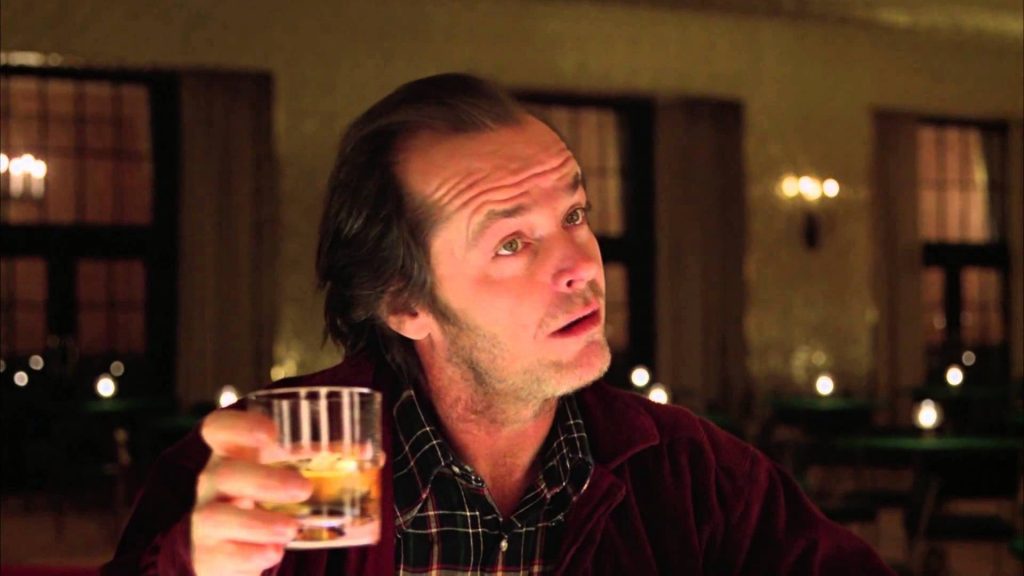 The Shining as a romcom: notes on genre conventions

When I use examples to talk about writing craft, I really try to stick to books, TV and films that are aimed at a middle grade or YA audience, but I am such a huge horror fan that it was inevitable some grown-up movies would sneak into the blog eventually. Sorry about that – regularly scheduled programming will resume shortly, honest!

One of the reasons it’s important to know your genre is so you can get to understand the conventions and reader expectations of those types of books. If you’ve never read or written a mystery, for example, you might not know that readers expect the riddle to be solved by the end of the book. And if you’re not familiar with cosmic horror, you might not know that readers actually expect an unhappy ending. It’s absolutely fine to subvert conventions and give readers a surprise but you need to do it deliberately, not because you don’t understand the rules.

A fabulous example of how genre dictates audience expectations is this now-famous recut trailer of horror classic The Shining, edited to look and sound like a romantic comedy:

It’s long been one of my favourite internet videos because it’s so simple but really effective. The student behind this edit understands genre conventions. The elements in the original, unedited trailer for The Shining leave no room for doubt as to what you’re going to get when you watch the film: its chilling sound effects, spooky score and shots of a crazed Jack Nicholson wielding an axe make it clear this is horror. But the recut version takes those same movie clips and sells the film as a heartwarming tale of a man’s relationship with his new wife and foster son. That Peter Gabriel track is perfect for the genre! By focusing on some of the best recognised characteristics of romantic comedies – cheerful music, peppy ‘Meet Jack’ voiceover, focus on love and family – the trailer cleverly lulls viewers into thinking they’re about to watch something completely different. Look at the lovely character arc Jack’s been given here!

Imagine if you were a romcom lover and sat down to watch The Shining with a bowl of popcorn and box of tissues at the ready. How long would it take you to start spotting the wrong genre conventions? I’d guess about twenty seconds.

So how do you apply this to your novel? Think about the expectations readers will have when you tell them your story’s genre or when they look at your book cover. Will they get the sort of ending they’re hoping for? Or will Jack Torrance come smashing up those expectations with an axe? In genre fiction (like horror, sci-fi and mystery, for example), conventions are crucial because readers go looking for the kinds of stories they know they’ll enjoy. You can absolutely subvert those conventions if you want to, but do it for a reason.

All stories by: Siobhan O'Brien Holmes
Analysing The Tale of the Phantom Cab
Lessons from R. L. Stine’s Masterclass #1: No moralising