Analysing the Tale of the Twisted Claw

‘Be careful what you wish for – you might just get it!’

Analysing S01E04 ‘The Tale of the Twisted Claw‘

Let’s get started! Here’s an embedded video from the official Are You Afraid of the Dark? YouTube channel but you can also click on the link above and watch it over on YouTube instead:

Be careful what you wish for, three wishes, scare dare, old dark house

Ugh, Eric. It’s his night to tell a story and everyone’s on tenterhooks as he reaches the climax. A little boy wakes from a bad dream only to find a monster next to his bed and then… BAM! Lazy Eric reveals he hasn’t figured out the ending yet. Don’t do this at home, kids! There’s a time and place for a cliffhanger but when all your friends sneak out of their bedrooms at midnight to hear a 20-minute ghost story they expect an ending! This leads into a discussion about leaving your middle grade or YA novel unresolved, forcing readers to buy the sequel in order to find out what happens and I really advise against this. It’s fine to leave a couple of small loose ends flapping around for book two but the main story arc needs to be tied up or readers will feel frustrated, dissatisfied and cheated. Leave all that ‘to be continued’ stuff to serialised magazine mysteries and 1960s episodes of Batman. Give your readers an answer to the story’s narrative question by the end or expect angry letters from fans!

At Halloween, Kevin and Dougie decide they will break with the tradition and visit the scary house of Miss Clove, known to everyone as the Witch. Instead of the usual candies they are expecting, Miss Clove has a special treat for these daring young boys–an ugly, Twisted Claw.

I think the theme here is impulsiveness and thinking before you speak. Eric starts telling a story without considering where it’s going (is this going to get him a written warning, at least? I hope so), while the boys are pushed into making spur of the moment, seemingly innocent wishes that have devastating consequences. Kevin is introduced as an adventure-seeking guy, always looking for the next thrill and not giving much thought to the aftermath, so this story seems to be exploring how children make choices and the importance of thinking through your actions.

It’s a dual POV this time with teen boys Kevin and Dougie getting equal screen time in the story. Kevin is the more daring of the two friends, always looking for adventure, while Dougie (played by Noah Plener of Ready or Not fame) is cautious, and against Dougie’s protest they two play a prank scary Miss Clove on ‘mischief night’ (how cute and innocent does that sound?). Their goals start out as most AYAOTD episodes do: Kevin wants bragging rights for pranking the local ‘witch’ while sensible Dougie just wants to stay out of trouble. 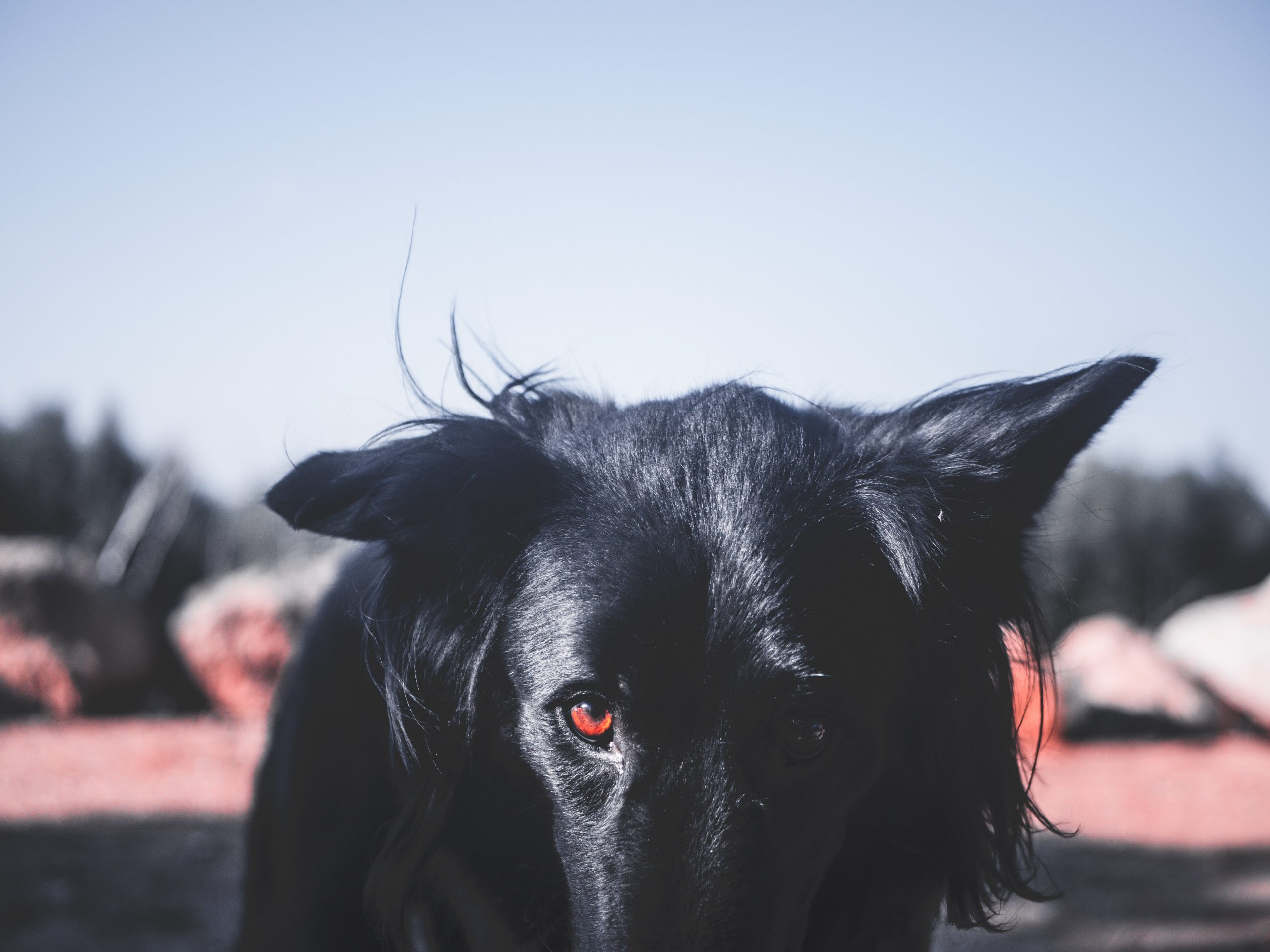 When Kevin wishes to beat Bostick in a race, a black dog runs onto the pitch and trips Bostick up, breaking his leg, so that Kevin can win. Black dogs pop up a lot in horror and supernatural folklore as an omen of death (I actually attended a fascinating webinar, ‘Beyond the Hound’, from The Folklore Podcast recently about black dog mythology) so this feels like a symbol of bad energy, a warning to the boys that these wishes are not what they seem.

As always we see lots of focus on doors and thresholds, with the boys hesitating over knocking on Miss Clove’s door. It’s by entering her house that they pass the point of no return and have the vulture’s claw and its dangerous magic foisted on them. At the end of the story we get a dramatic zoom-in on Dougie’s front door when the doorbell rings and we wait to discover if the curse has been broken; will opening this door have a better outcome than opening Miss Clove’s?

Cackling Miss Clove is the baddie in this episode although she’s a very sympathetic antagonist. Who can blame her for playing a trick on the boys when they squirted her in the face with cream and made her break a vase? Like any good villain, Miss Clove’s character is the polar opposite of the boys and highlights their fatal flaw: she possesses the foresight and smart planning they lack. When they first prank her, she predicts they’ll come back on Halloween and has the vulture’s claw ready, and she knows offering them three wishes will teach them a lesson in thinking about the consequences of their actions. 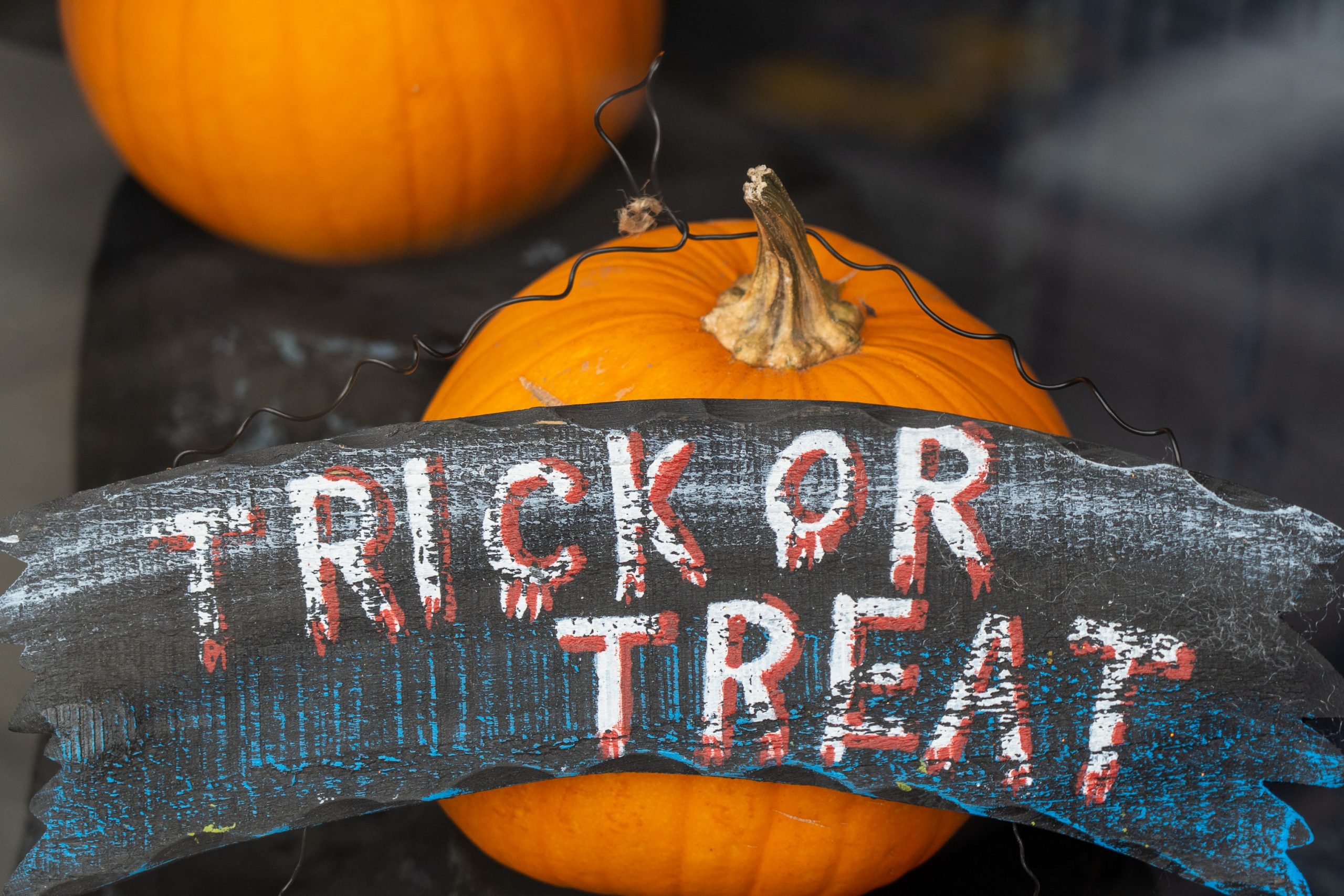 The tension builds as the results of the wishes get worse and worse until finally Kevin wishes that Dougie would just lose his parents (I actually gasped at this because there was only one way this could play out 😭). When Dougie gets a call from the police to say his parents were in a car accident, he knows he has to fix things and makes one final wish that they never got the claw in the first place. Thankfully his parents return home safe and sound and Miss Clove leaves the broken vase, now good as new, on their doorstep with a card saying ‘trick or treat’.

How to use these ideas and observations in your own work

Hopefully this episode has given you middle grade horror or dark fantasy writers a lot of ideas and inspiration! Here are some things to think about when writing or revising your own manuscript:

All stories by: Siobhan O'Brien Holmes
An introduction to writing space opera for children and teens

Aisling White | YA fantasy dev edit
‘I’m really impressed with your critical eye’
Wow, an excellent middle grade manuscript critique! I’m really impressed with your critical eye and what you’ve picked up on here – your comments are very astute and your feedback has been very valuable, as always. I agree with almost everything! Thanks a lot for this – I can’t wait to send you another.
John Lomas-Bullivant | MG fantasy critique

David Rogers | MG sci-fi dev edit
‘Several pennies have actually dropped’
I’ve had a look through everything and wanted to thank you so much for the forensic view of my novel. It’s the first time I’ve had a developmental edit like this completed and it has been, in turn, horrifying, enlightening, surprising and confidence boosting! But I guess you’ve probably seen that before. In many respects, several pennies have actually dropped and I have a firmer idea of what I need to do and will work on more research and reading.
Maria White | MG fantasy dev edit
‘So thorough and rich with insight’
What a treat! This is exactly what I needed. Your critique seems so thorough and rich with insight. I will be sure to send you questions if I’m unsure about anything you meant but I think you’re so thorough that I will be able to digest almost everything on my own just fine. It was an absolute pleasure to work with you as well!
Chanya Sainvilus | YA sci-fi critique