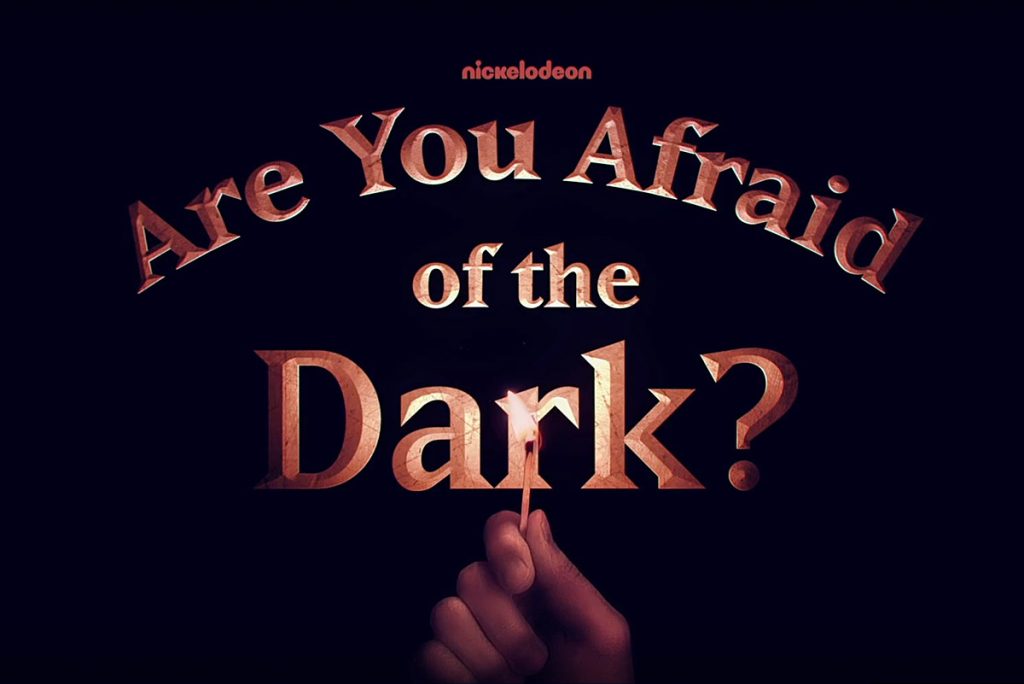 Are You Afraid of the Dark?

Analysing The Tale of Laughing in the Dark

It’s the most fun in the park when you’re laughing in the dark!

I have a soft spot for this episode because I love any horror featuring creepy fairgrounds, although I was slightly perturbed on rewatching to discover that the backstory of Zebo the clown is very similar to a plot thread in my own middle grade novel. In this AYAOTD? episode, the original Zebo the clown stole money from the fairground in the 1920s and, trying to flee, accidentally burned down his own haunted house with a lit cigar. His ghost (and cigar smoke) now haunts the new spook house. In my story, a Victorian serial killer burns down the haunted house in a fairground while trying to escape the police and is now rumoured to haunt its grounds. Did this episode somehow infiltrate my subconscious 25 years later? Or have I just watched so much AYAOTD? that I’m now totally in sync with the writers? (I am listening to the Carrie soundtrack as I write this so I’m not on a completely different wavelength, I’m sure.) Either way, let’s call it a nice easter egg for fans in my novel if it ever gets published!

Analysing S01E03 ‘Laughing in the Dark‘

Let’s get started! Here’s an embedded video from the official Are You Afraid of the Dark? YouTube channel but you can also click on the link above and watch it over on YouTube instead:

Kristen, played by the lovely Rachel Blanchard, is terrified of clowns so she tries to run away when Beth starts her story. But the other members accuse her of being a scaredy-cat so she stays against her better judgement. By the end of the story she is proud that she managed to sit through the whole story and announces she wasn’t scared at all, until another member pounces at her in a clown mask and she runs away screaming.

Two 12-year old boys, Josh and Weegee, and Kathy, 10, come upon a spook house, “Laughing in the Dark”, at an amusement park. Even though it is rumored to be haunted by Zeebo the clown, Josh declares he will go through the spook house and bring out Zeebo’s nose as proof that he completed the mission. Josh soon discovers for himself the truth about the mysterious Zeebo.

As always, the frame story reflects the themes of the campfire tale, and tonight it’s all about admitting you’re scared. While Kristen tries to be brave throughout the meeting despite her clown phobia, Josh makes fun of Weegee (is this a real name? We’re only on episode three so they can’t have resorted to making up names already) and his sister for being terrified of Zebo and the spook house, constantly calling them chickens and dopes. Charming! We’ve seen from the past couple of posts that there’s usually a cocky, nasty little so-and-so getting their comeuppance in Are You Afraid of the Dark? episodes and today that is definitely Josh. Eventually he confesses that he was scared all along and I’d like to think he’s a little bit kinder to poor old Weegee in future.

In an unexpected twist, it’s the mean kid who takes centre stage in this episode. After making fun of his friends for being scared of the spook house, cocky Josh is dared to go inside alone and face Zebo the clown, stealing his nose as proof. Actually, Josh is projecting his own fear onto Weegee: when he completes his dare and rubs it in his friend’s face, Weegee proclaims ‘Alright, you’re a hero and I’m a loser!’ and this is exactly what Josh wanted to achieve. He wanted to be seen as a hero, even though he was scared the whole time. 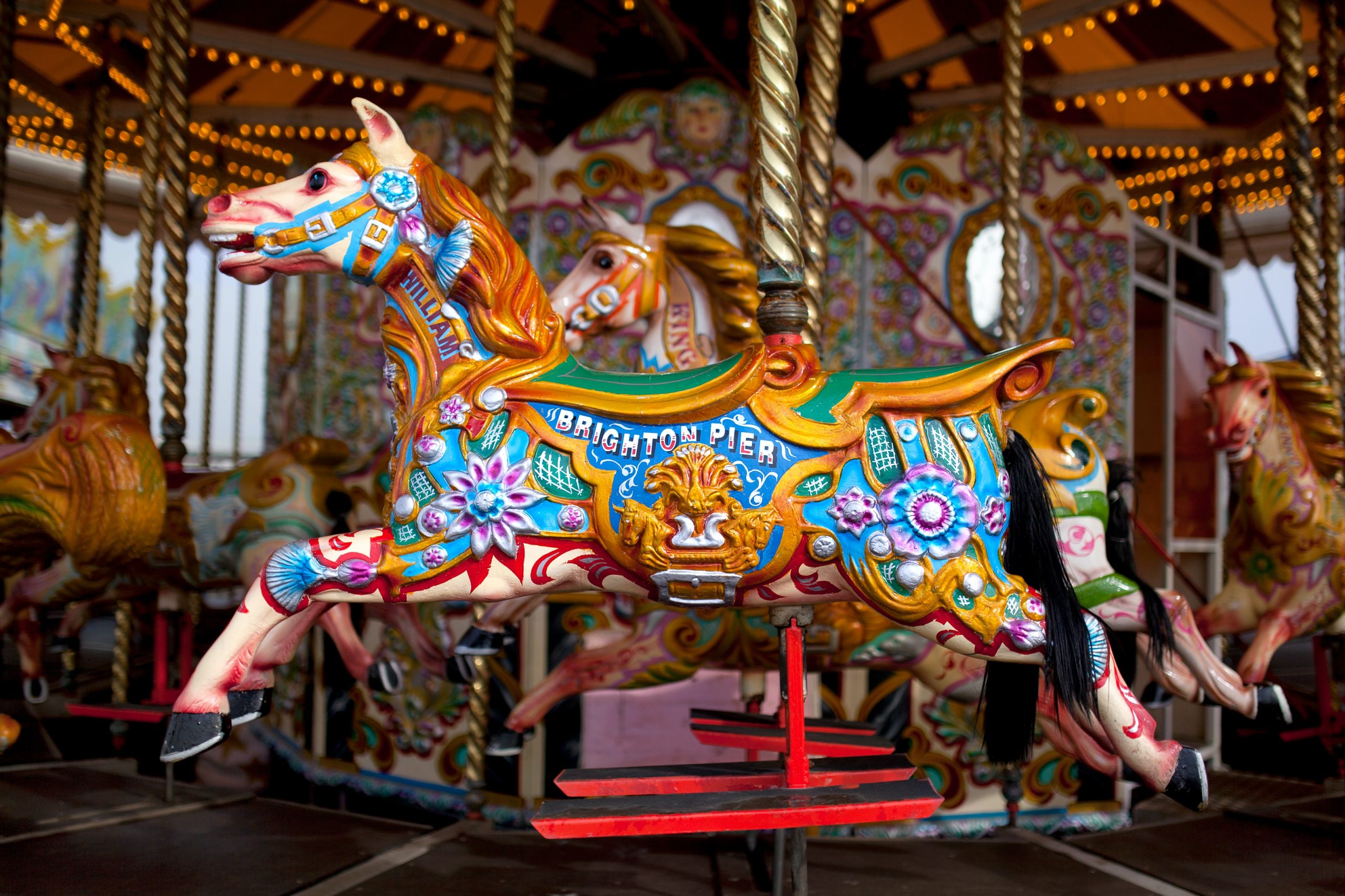 Once again we have the idea of identity and proving yourself. I’m definitely seeing a running theme in AYAOTD? here. Josh’s sense of self is wrapped up in his ability to withstand scary things while appearing brave and actually, in the end, he does exhibit immense courage by returning to the spook house and giving Zebo his nose back, despite now knowing the ghost stories are true. Josh is on the cusp of adolescence and stuck between wanting to be mature – a ‘hero’ rather than a ‘baby’ – and still feeling like a child who’s scared of things that go bump in the night, highlighted earlier in the episode when Weegee tells Josh to stop messing around and get serious for a change. That childishness is underscored by the fairground motif: clowns are meant to be fun and family friendly, but here we see that image inverted as Zebo turns into a predator, breaking into Josh’s house and threatening to hurt him. He scares him with magic tricks, an inflated balloon, clown shoe footprints, laughter. Zebo represents childhood and Josh is running away from it as fast as he can. That idea of transition is also represented in AYAOTD?‘s favourite motif of thresholds and doors. When Josh enters the spook house for the first time, the cinematography changes and everything goes black, with just Josh visible as he walks through the corridors. We see close-ups of his footsteps, echoing in the darkness, as he walks towards his fate. Once he’s inside, he must choose a door to open: ‘Pick the right door and you go free. Pick the wrong door and there he’ll be!’ Josh has a choice: stay a kid and believe in ghosts or grow up and look down on everyone else for believing in them. Doors are a big visual motif in AYAOTD?, partly because they’re scary – what’s behind them? What’s the door keeping out? – but also because they represent change and transition, moving from one place or phase to the next.

Zebo the Clown is the big bad wolf in this story and he is pretty terrifying, with that cackling laugh and the fact that he can break into Josh’s house despite being a mannequin. But there’s a secondary villain too: the man who runs the spook house and entices kids inside. He’s got a real Jack Nicholson’s Joker vibe about him and is perhaps even scarier than Zebo himself, and in fact the Midnight Society gang theorise that this guy is Zebo’s ghost since he’s seen smoking cigars at the end.

Everything is resolved happily at the end – Josh returns Zebo’s nose and we can assume that’s the end of that – but the final image of the spook house owner laughing wildly into the camera tells us Josh isn’t going to be Zebo’s last victim. The door, then, is definitely left open for future threat and viewers aren’t given as much closure as in the previous two episodes.

The Trajectory of Fear

UNEASE Although the protagonist claims he thinks the whole thing’s baloney, the opening scene drips with unease as Weegee and his sister refuse to go inside the spook house, despite the creepy Jack Nicholson-esque owner trying to entice them in. Sure, it’s probably just a made up story, but there’s tension building already.

DREAD As Josh wanders around the spook house we can see the fear starting to show on his face, even though he tries to cover it up with jokes. Each door he opens, expecting to see Zebo, builds that sense of dread.

TERROR When Josh is home alone and he realises there’s somebody in the house, terror strikes! He’s screaming, running around the house, trying to hide – this is the high point of fear in the episode.

HORROR This is the revelation of the monster, when we finally come face to face. In this case, we don’t actually see Zebo up close and personal in Josh’s house but he blows a balloon under his bedroom door so we know he’s right outside. According to Ash Law, this is the moment when the horror is finally defused because the monster has been exposed and now everything will start returning to normal. In this case, Josh returns the nose to the fairground and we can relax.

How to use these ideas and observations in your own work

Once again, I hope this episode has given you middle grade horror authors plenty to think about! Here are a few ideas to think about when writing or revising your own manuscript: